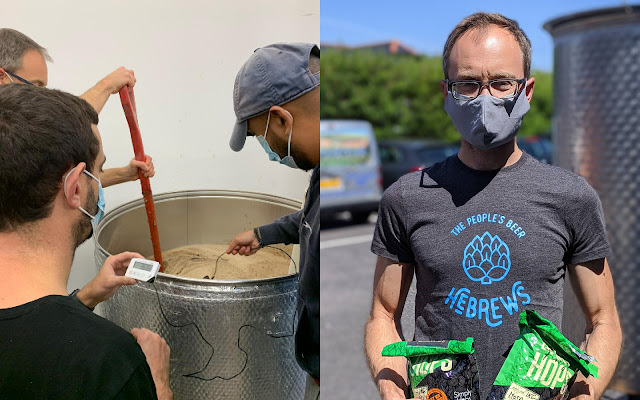 This week we paid host to He Brews, a community brewing group based in Shoreham-by-Sea. Like many up-and-coming breweries, they have the ideas to make a great beer and the client base, but not the facilities to brew at a commercial scale.
This is where we step in, and this is called Cuckoo Brewing. We hire out our brewery and facilities for two days — the first for brewing day, and the second two weeks later for racking* (*more on that below).
The 'cuckoo brewery' have access to all our our kit, including temperature-controlled fermenting vessel and canning machine or bottling/casking facilities on racking day. We are also on hand to offer any steer or guidance that they need. If this is a cuckoo brewery’s first brew on commercial kit, the jump up from home brew can be a little overwhelming. With Keith and Mike’s cool demeanours and years of expertise, they are in safe hands.
As Josh of He Brews commented: "Riverside continues to be the perfect place for us to brew. The team are great in enabling us to innovate, they're willing to offer guidance and they provide a facility that is really adaptable and useable for amateur brewers."
Cuckoo Brewing is growing in popularity and represents a clever way to test a recipe without a huge financial investment — since we started in 2015 we have seen some great young breweries try out a few of their first commercial brews, including Polaris and Southbrew. And He Brews brewed their first beer with us only a few months after we first opened our doors. This week, a Nordic-inspired Gingerbread Stout was their eighth with us, but they have made quite the range under our roof — from an Old Ale to a NEIPA.
As an added bonus, one of their team even brought camping stoves today and cooked up a second breakfast of bacon and eggs under the gazebo! Compensated for the rain… 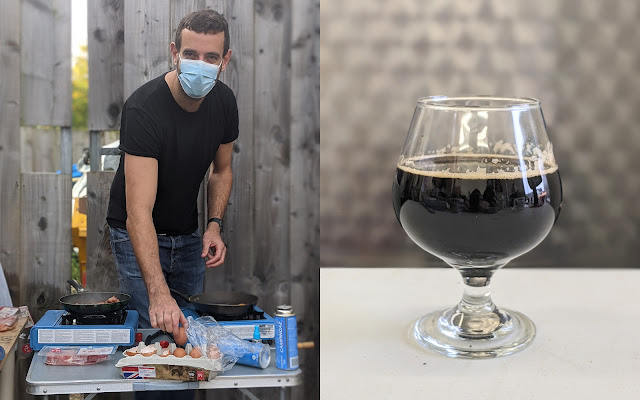 Of course, we take everyone’s safety seriously — the brewery is Covid-19 compliant, a safe space, and we operate social distancing while inside or the wearing of face coverings where that's not possible.
So, if you fancy trying your hand at commercial brewing but were wondering how to get started, drop us a line. Mike or Keith would be happy to talk through your options. And if you end up brewing with us, we look forward to being part of your adventure!

Popular posts from this blog

The state of the brewing industry 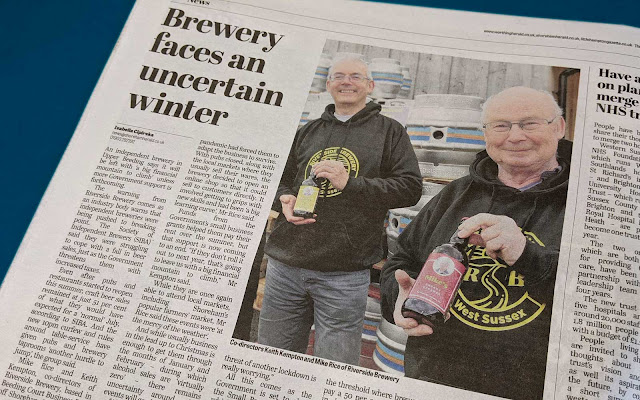 Our Directors Mike and Keith were interviewed by the Shoreham Herald last week for their take on the state of the industry, in light of the fallout from the Covid-19 pandemic, and how it's impacted us at Riverside Brewery. Isabella Cipirska from the paper took notes as they spoke about the industry-wide 49% drop in sales compared to 2019, even after the re-opening of bars and pubs. They also discussed how small breweries like ours also now face the very real possibility of the government rolling back its Small Breweries tax relief, bringing extra financial hardship. With the funds from the grant which was made available to small businesses starting to run dry, and many of the Christmas markets that we would normally attend being cancelled, the near future looks tough.  But, it’s not all doom and gloom — Keith and Mike also discussed how it was always our intention to roll out an online store and to offer home deliveries, but as the pandemic took hold, we decided to implement thos
Read more

Mead: Not just for monks! 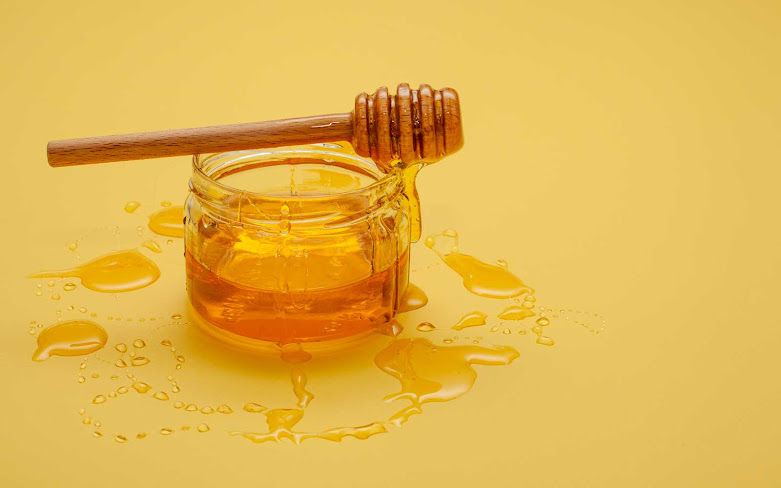 Mead. Wonderful, wonderful fermented honey! Ranging anything from 3.5%* to up to 20% ABV, carbonated or still, ‘pure’ or with additives such as spices or hops, mead is as varied as it is refreshing.  Until we did a little delving, the assumption here at Riverside was that the monks of old had a hand in its conception. In fact, origins of the fermentation of honey date right back to 7000BC in Northern China — way before Friar Tuck was waving his gourd around! It is certainly true that monks in Europe kept the tradition alive, as taxes forced the higher alcohol volumes out of fashion, and as a by-product of their beekeeping. Today it’s been largely supplanted by beer, wine and spirits, but if you’ve never experienced it, with the warm weather on it’s way, we would absolutely recommend giving it a try. There are some great varieties out there — we produce our own ‘pure’ Beeding Mead which, at 3.5%, is perfect accompaniment to a long summer afternoon!  Please visit our website to find r
Read more